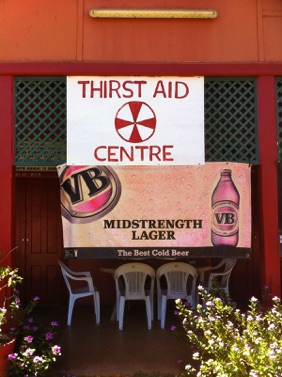 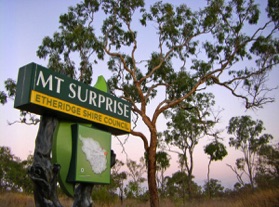 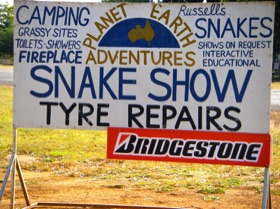 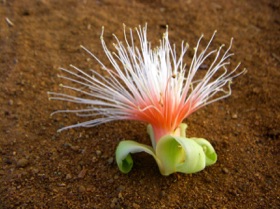 Mount Surprise, 24 October 2013, 2:45am: A fellow musician once told me: “You have fifteen seconds to grab your audience.” Rousted out of a dream by a pied butcherbird's clarion call, I force myself to sit up. I've been grabbed. I immediately turn on my recorder and give an “ident” (time, place, etc.) as I head out. The stage is awash in a three-quarter moon. As clouds file past, it fades to dark.

I've dragged my camp chair with me, so I take a seat in the nightclub, the only human audience in an unfolding spectacle of light and dark, sound and silence. The moonlight soon returns. Those sizeable birds flying regularly overhead--who are they, out at night? I expect the typical nocturnal ones, but some profiles match those of diurnal birds like kookaburras, kites, currawongs, black cockatoos, and straw-necked ibis.

The pied butcherbird takes four different songposts in the course of a nearly three-hour virtuoso performance, drawing a song circle around me. “Auditory space has no point of favored focus,” wrote D. C. Williams. He was right, but not about tonight. I'm in the middle, favored. Each scene has a different wash from our ancient luminaire.

Even when the moonlight is at its most intense, the light is soft. My brain never gets enough information to be a reliable witness; it cannot confirm revelation of form, and I sometimes fall victim to shape shifting objects. Attentive to the slightest detail, I'm riveted by the fluid theatricality. It's a free improv session, and anything could happen.

No cars, roosters, generators, or people disrupt. Crickets pulse, the one constant. Wallabies crash through the bush. A rabbit sneaks by me, provoking a large pair of wings to fly in the bunny's direction. Some bird silhouettes float noiselessly past like shadow puppets. A small grevillea tree drops an occasional flower, releasing a fragrance of honeysuckle blossoms set on a bale of herbaceous hay.

At 5:15am, a mosquito jerks me out of my trance and warns that the nocturnal song is almost over. A kookaburra gives a forced laugh for a joke that didn't quite come off; then several mount a proper chuckle. Next are the “alarm” birds, who concoct frequency sweeps like car alarms--suddenly I'm in a raucous parking lot. A few new insects add pizzazz.

The pied butcherbird begins to fade out, truncating phrases and leaving longer and longer intervals of silence between them, while the chirpers, trillers, and squawkers come to dominate the sonic space. Sun's up, show's over. § 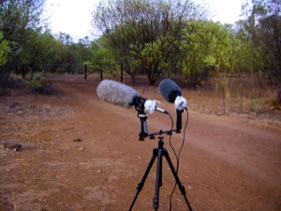